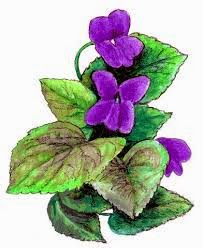 “Forgiveness is the fragrance that the violet
sheds on the heel that has crushed it.”
― Mark Twain

I will admit right off the bat that I have no idea of the anguish parents must suffer when a child dies, even more so when that death is violent. Although I have had many children in my life whom I love dearly, I recognize that the bond a parent has is something much deeper and stronger. It’s understandable that these parents may feel a need for revenge when the person whom they love more than life itself has been taken from them. There is a need to take that fury and do something with it, something that feels like justice. Yet, there are loving parents who choose another path, a quite extraordinary path. I lift up three stories here.

Bill and Denise Richard’s 8-year old son Martin was killed in the Boston Marathon Bombing two years ago, and their daughter Jane lost her leg. This week, as the sentencing phase of Dzhokhar Tsarnaev’s trial begins, they have asked the federal authorities to spare their son’s killer the death penalty, to end what could be years of appeals causing  them to re-live the horror over and over. They have also founded the Martin W. Richard Charitable Foundation that honors Martin's message of "No more hurting people. Peace" by investing in education, athletics and community.

In 2006, after their daughters were brutally shot to death in their classroom, Amish parents went to the home of the killer’s widow to grieve with her, and to say that, true to their religious beliefs, they forgave him. Later, donations totaling $4.3 million came from all over to support the families of the victims. The money was used for medical expenses, local emergency services, and a portion was given to the widow and children of the killer.

In 1993 Peter and Linda Biehl’s 26-year-old daughter Amy, a Fulbright scholar who worked with disadvantaged South Africans, was stoned and stabbed as a crowd shouted anti-white slogans. Four black men were convicted in her death. The Biehls went to South Africa, and when the perpetrators asked for amnesty, they supported it, and shook hands with the men who had killed their daughter. The Amy Biehl Foundation, a charity that dedicates its work to putting up barriers against violence, was formed, and two of the convicted men now work for the foundation.

These are extraordinary stories, hard to believe, and yet each ends with a legacy of peace and rebuilding and a hope for a better future. Revenge cannot offer that.

Posted by Jane Schneeloch at 5:37 PM