"Don't Forget to be a Good Boy" 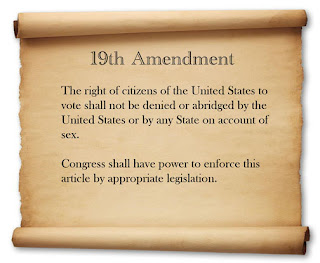 Today, August 18, was the day in 1920 when the 19th Amendment to the US Constitution was ratified, giving women the right to vote. It all came down to one vote in the Tennessee legislature.

Harry Burn, a 24 year old Republican, who had stated his intention to vote against it, changed his mind after receiving a letter from his mother, encouraging him to vote for it.

“Don’t forget to be a good boy…” she reminded him. He voted for the amendment, thus breaking the tie, and leading to the final ratification. 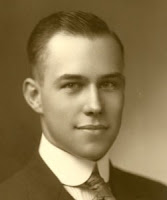 When, after his vote, he was subjected to attacks on his honor and integrity, he simply stated, “I knew that a mother’s advice is always safest for a boy to follow, and my mother wanted me to vote for ratification."

Here are a few lessons I draw from this story:


Posted by Jane Schneeloch at 6:30 AM No comments: