The Gifts of Old Age 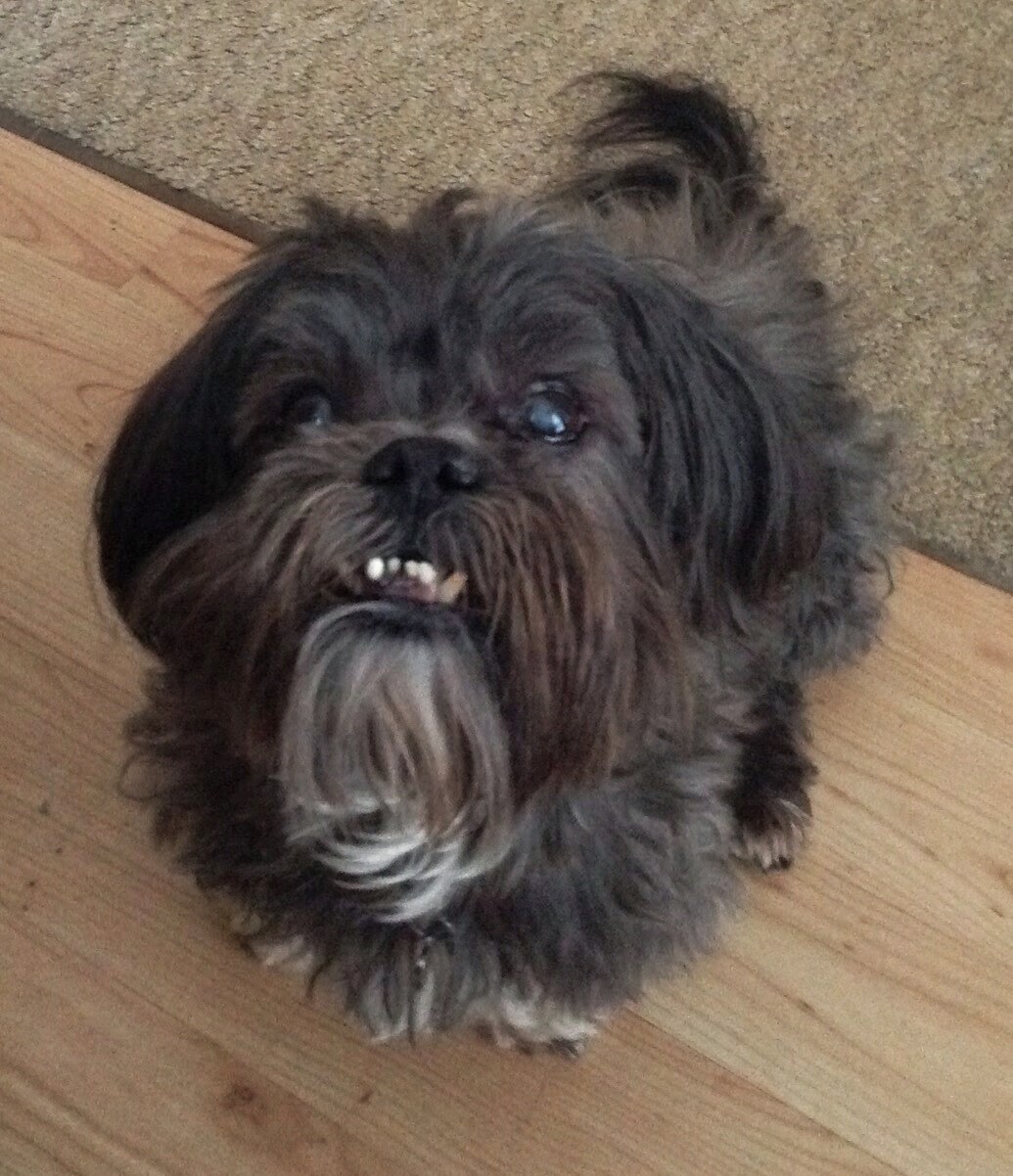 See those eyes. Imagine a soft whimper to go along with it. That was Riley this morning at my feet as I had finished my oatmeal and was starting to write. I had already let him out twice and checked his water bowl. He doesn't eat at this hour, so I wasn't sure what he wanted, but there he sat with that plaintive look, asking me for something, and once again I was frustrated that I don't speak Lhasa.

This language barrier, however, does not stop me from talking to him, so I picked him up, put him in my lap, and explained that I was trying to write, and to my surprise he settled down and now sits here warm and soft. Now I have the problem of trying to type when he's in front of the keyboard, but that's okay.

This is a new behavior. When he was younger the only time he would sit on my lap was when he was scared--either when there was a thunder storm or when I was about to leave him, but he is old now, 14 to be exact. Now he is content to just sit and cuddle, and I am pleased to have him here  especially on this frigid morning. Don't get me wrong, I have always appreciated him, enjoyed his youthful energy, his curiosity, but this quieter, mellower pup is a gift.

There have been other, not so welcome changes. He seems to have forgotten the rules about bodily elimination, so I invest in puppy pads which I place at his favorite release points. Of course, then he finds new favorite spots. He still loves his walks in the park, though he tends to leave the geese to themselves, and he no longer chases any of the squirrels or cats who wander into the yard. He takes longer naps and  sleeps much more soundly.

Funny, I find myself taking longer naps too. Yes, we're growing older together, and when it's sub-zero outside and the world is still enjoying Valentine's candy, it's nice to have someone warm and soft to cuddle with.

I Love Coffee, I Love Tea

Every morning in the kitchen on Lancaster Street my mother would get out the small aluminum percolator, fill it with water, measure the Eight O'Clock coffee into the basket, and set it on the old gas stove where it would bubble perk, bubble perk. The pot made just three cups of coffee--one for my mother, one for my father, and one for my grandfather to pour over his Shredded Wheat. 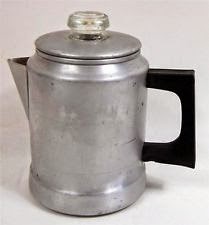 I always tried to be nearby when he opened the box with the picture of Niagara Falls on the front. In each box were four layers, each with three pillows of cereal. I had no interest in the cereal. (Amazingly I was a picky eater back then). What I was interested in were the cardboard inserts between each layer, and when Grandpa reached another layer, I got the insert. There were puzzles, and cut-outs, and other such things of interest to an eight year old.

I wasn't a fan of coffee either. I was offered a spoonful of very light, very sweet coffee once, and made the immediate judgment that the adults were welcome to it. Tea, on the other hand, was something I not only drank, but something that became a part of play as my cousin Bonnie and I planned and celebrated countless tea parties with our dolls on my tiny set of blue willow wear china.

My mother would make tea using one Lipton’s tea bag to a very large pot of water. Our miniature cups were half filled with this pale liquid. Then we would add a couple of spoonfuls of sugar and fill up the cup with milk. I’m sure neither Bonnie nor I knew about holding the cup with our pinkie extended, but we felt quite grown up drinking real tea. Of course, my favorite part of the tea party was not the tea, but the food that went with it.

We did not serve watercress sandwiches or crumpets. No, our favorite delicacy was Ritz crackers covered in peanut butter and marshmallow. We each had our own small knife to use for spreading, and sometimes it was almost a duel as we reached for the peanut butter or the marshmallow fluff at the same time. The tea was cool by the time we had devoured all the crackers. At the end of our repast the remaining peanut butter was streaked with white marshmallow, and the marshmallow fluff jar had peanut butter thumbprints on it. When the party was over and Bonnie went home, I would wash all the dishes and return them to their place in the corner cupboard, safe until the next grand feast.

Today I drink mostly coffee which I discovered to be quite satisfying, and when I drink tea, I drink it plain without either sugar or milk. In my dining room I have a few pieces left of that blue willow ware tea set. They sit quietly on the shelf. Most of the time I don’t even notice them until I do my biennial dusting. Sometimes a guest will ask if they are part of a set. I reply that yes, once there was a full set that was used regularly. They were the service for magnificent tea parties that would have made the Mad Hatter jealous.
Posted by Jane Schneeloch at 12:45 PM 1 comment: