“It’s tough,” she said with a cough, after falling from a bough into the slough.

Indeed, she is right. English is tough. It gathers words from all over the globe, and even when they have the same linguistic source, they may be pronounced differently, hence those Old English “ough” words.  It picks up new words and lets go of others. It discards some colloquialisms and hangs on to others. What was slang becomes common usage. In 1922 Emily Post considered “taxi” barely acceptable slang. (I wonder what she’d think of Uber). Yet its flexibility and accommodation are what make English so useful.

Clearly, having spent my entire professional career teaching it, I love the language. What I do not like is when I am introduced as a former English teacher, and the immediate response is, “Now I’ll have to watch what I say.” To many, we are seen as guardians of “proper English,” the scolds of acceptable speech and writing. My usual response is, “No need to worry, I’m retired.”

All this is not to say that “between you and I” or “Me and Lucy went to the dance” don’t grate on my ears, or that I get the urge to grab some Wite-out and eliminate apostrophes in plurals. Truth to tell, I actually corrected the grammar on some graffiti in a bathroom stall once. It’s an occupational hazard!

I started thinking about all of the again after a friend sent me a link to Oliver Kamm’s article “There is no ‘Proper English'" in last Friday’s Wall Street Journal. His main point is, “If it is in general use, then that is what the language is.” Split infinitives, ending a sentence with a preposition, using “hopefully” to modify an entire sentence—all these are remnants of 18th century prescriptive manuals “intended to teach propriety to an emerging merchant class….The whole debate about English usage has been bedeviled ever since by this snobbery, whereas the real task of language instruction (for adults as for children) should be to help people learn how to address different types of audience at different sorts of occasions.”

Right you are, Mr. Kamm, and one of those audiences is people like me who learned those rules. When I was teaching, it was not uncommon for students to complain that the language they used was the language they heard around them, so how could it be wrong. It was then I would give my wardrobe speech:

Language is like a closet full of clothes. The language you use should suit the situation. You wouldn't go to the beach in a ball gown, nor to the prom in jeans. You decide what to wear according to the situation, likewise with language. There is language that is appropriate for the locker room and different language appropriate for a job interview. I do not have to teach you how to speak in the locker room. In fact, you could probably teach me about that language. What I do have to teach you is your “best dressed” English, the kind you need to use when you go on that important interview. 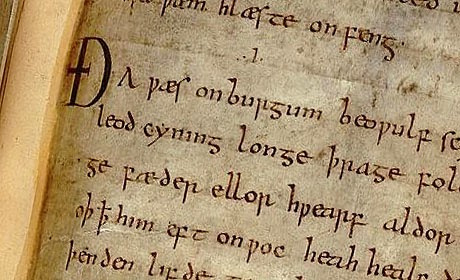 English must change to remain alive. Try reading Beowulf in Old English if you don’t agree. To allow for change, and at the same time hold on to a common understanding, that is the challenge.