There was a river named Swift

There were four towns

with churches and inns


There was a railroad

bringing in news and mail


There were school children and farmers


There were Catholics and Protestants


There were scholars and the unschooled

There were story tellers and pie makers


There was a thirsty city named Boston.

Then there was a dam.

Posted by Jane Schneeloch at 9:17 AM No comments: 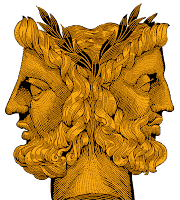 As I step cautiously into 2017, this unknown landscape laid out before me, and I as I read the predictions of what many "in the know" see out there in the wilds of the next twelve months, I am of two minds. I could attribute that to my Gemini nature or that two-faced god for whom this month is named, but I suspect it has more to do with the basic fight or flight response.

When I think of our new president and those that support him coming into power, I am truly frightened for our country and its people, not to mention myself (someone insured by Medicare). Part of me wants to march, write a diatribe, or just scream. The other part wants to turn off the news, watch the birds, and open up a pint of Ben and Jerry's.

I am trying to find a balance between these conflicting parts of my brain. I have always been committed to securing basic human rights for everyone, but at times, like today, the challenges can seem so huge, I become immobilized. To maintain my sanity, I need to withdraw from the battle, if only for a time.

My mother modeled the latter approach. Optimism was her response to the many challenges she faced, starting with losing her mother at five years old, followed by her sister and she being moved from one relative's home to another, sometimes with their father, sometimes not, until she was married. As a young wife she carried a baby to term only to lose it upon delivery. In spite of it all, or maybe because of it, she faced most of life's situations with a positive (some might say naive) outlook. For her, it was a survival skill, and considering she lived to be 96, I would say it worked.

Not infrequently, I found her Pollyanna outlook exasperating. That is not to say she was not sympathetic when I was upset. It was just that she was much quicker to sweep all the negativity away. When I was depressed after the end of a long-term relationship, she listened and supported me. Then a week later she wanted to know if I was all better.

I can't sweep away my fears about the year ahead, but I can't linger on them either. This morning as I was writing this, I read Steve Garnaas-Holmes’ daily reflection "Unfolding Light," in which he talks about angels--the ones in the Christmas story, yes, but more importantly those that we can become by encouraging others, by shining a light on individuals making a difference. It seems a good response to all the negativity that surrounds us.

So as I take my next step into the unknown year before me, I will try to encourage what is good and not get too discouraged by the rest of it, all the while hoping I meet a few angels along the way.