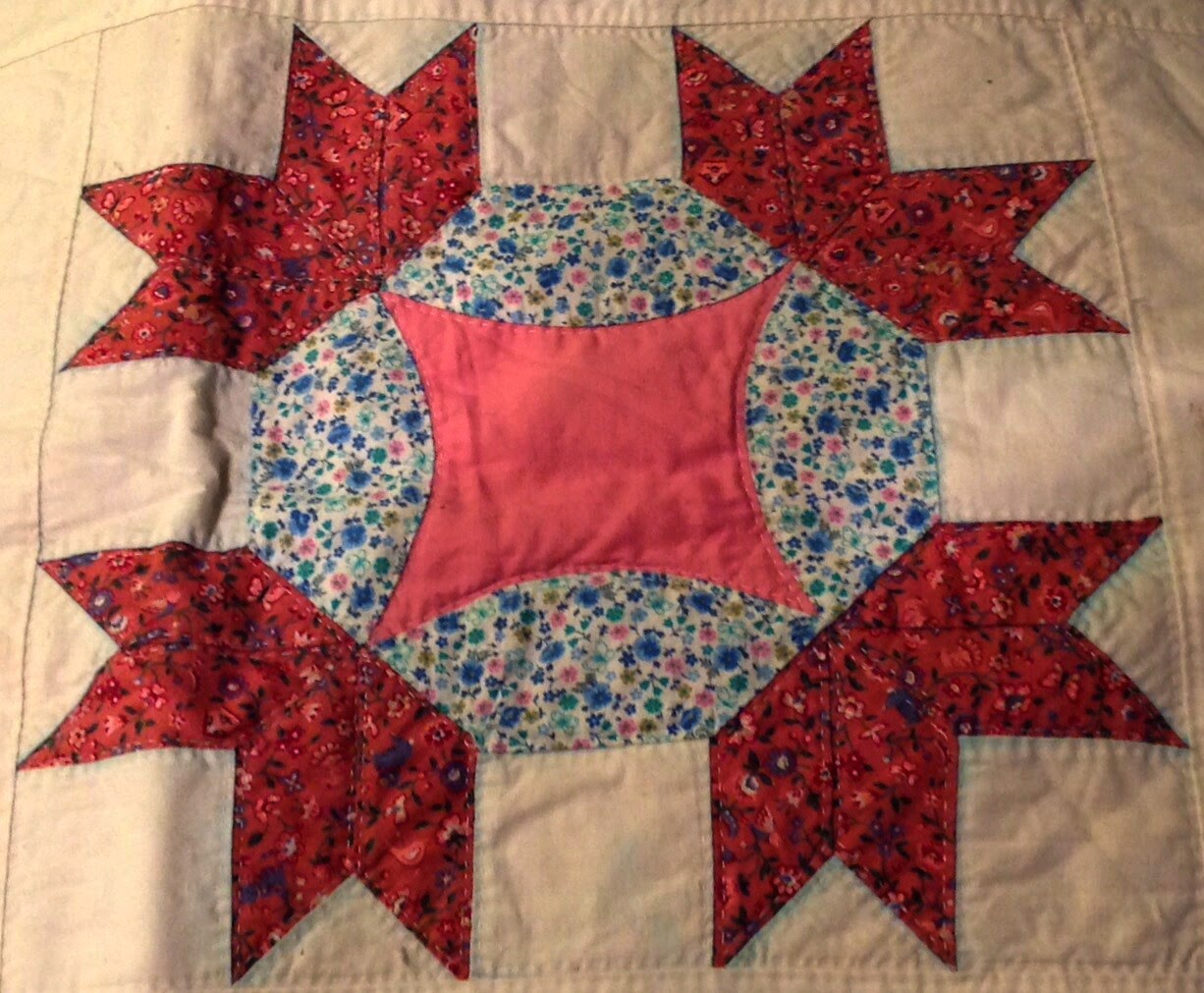 I am not a quilter. I am too imprecise at measuring and cutting, not to mention my uneven stitches. My motto on most crafty projects is "close enough." But close enough doesn't work with pieces that need to line up evenly. Years ago I collected a box of fabric scraps intending to create my own quilt, but eventually I faced facts and gave up the idea. Still I continue to admire the work of those who know what they're doing such as my late cousin Evelyn who created several beautiful pieces, one of which covers a small table next to my bed.

I bring this up because at the moment  I am producing a lot of scraps in my writing. I will put a few lines together--some of which I really like and think could be formed into a good poem. I have a real sense of where I want them to go, what I want them to say, but in the process of working on them, I get stuck, so I go on to another piece, and the same thing happens.

Today, for instance, I started working on a poem about my visit to Pompeii in 1999 with my boyfriend at the time. I had started this poem awhile back but abandoned it (another scrap).  I found parallels between a cast of lovers, their passion frozen in time by the volcanic eruption and the two of us stumbling through the ruins, while at the same time our relationship was headed toward finality, albeit less dramatic. Did I want to start with us or the lovers? Did I want to include historical details? Did I want to include the fact that I bought a flimsy hat I thought would protect me from the sun? As you can see, "close enough" does not work for me when I'm writing. I stopped a few times to look up information on the eruption, get a cup of coffee, stare out the window, but eventually I gave up, adding another scrap to the pile.

While I am not a quilter, I don't like to think of myself as a quitter. I believe someday I will get back to all these orphaned scraps and create something from them, but for now I will have to settle for this post of clumsily stitched together frustrations.
Posted by Jane Schneeloch at 8:03 PM No comments: