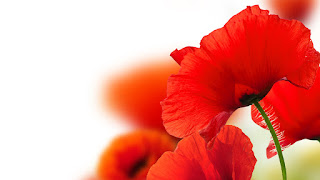 She was learning to read.
Every day she carried home
new words and calculations--
offerings to the grandmother
who signed her name with an X.

She first heard the news
from the kids at Eastern Avenue School
then from the neighbors.
The Great War was over.
The boys were coming home.

People filled the streets
shouting, banging pots and pans.
It was a noisier than the Fourth of July.
The war to end all wars was over.
Smiles were everywhere.

But once inside, she found
her grandmother in tears.
She tried to tell her the news--
today's lesson to share,
but Grandma had already heard.

She knew the fighting had stopped
that soldiers were coming home.
Her tears were for the others--
the boys lost far from home
and the mothers still waiting.

At six how could she understand
a mother's grief over a lost child?
This illiterate woman who remembered
the baby drowned back in Ireland
was well schooled in suffering.


Posted by Jane Schneeloch at 6:54 AM