As I looked out the window this morning I saw a large black and white cat coming out of my garage. I recognized it as Jessie's Cat. Jessie lived across the street until she died eight years ago. Jessie is gone, but JC is still here, surviving on the kindness of neighbors. 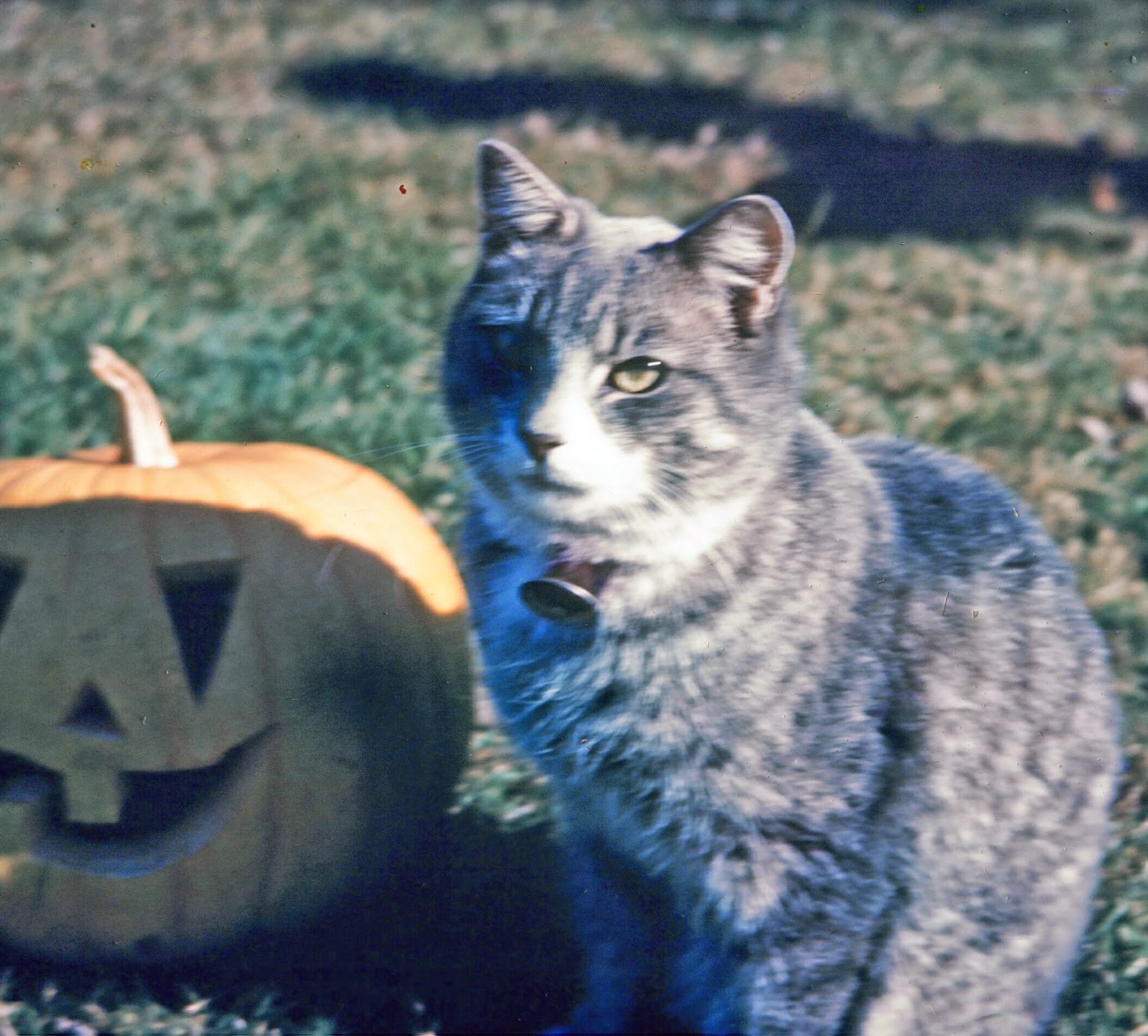 I was reminded of my cat, Patsy (seen here on a Halloween many years ago). Patsy (short for Patrick) was a gift on my seventh birthday, which I described as "the happiest day of my life," and I'm sure being all grown up at the end of first grade, I was sure of that.

He was a wonderful and affectionate pet, often purring and rubbing up against my leg. He would even bring me "presents." Not infrequently he would arrive at the door with a dead chipmunk in his teeth, very proud of his quarry. The only time I remember his being unpleasant was when we had to take him anywhere in the car. He would claw at his cage and growl until finally released. Fortunately that didn't happen often.

Although I am generally allergic to cats, for some reason Patsy never bothered me. Maybe it was because he was outside most of the time. The dander didn't get confined to the house. He liked being outside, liked his independence, probably because it allowed him to hunt for choice morsels. For the most part, we let him do his thing, but there were a couple of times when we thought we'd lost him.

I suspect it was good neighbors who sheltered him, just like JC now. I'm not sure how old Jessie's Cat is or how much longer he will survive. Wikipedia tells me that the oldest known cat was Creme Puff who lived to be just over 38 years old, (168 in human years). It's doubtful that JC will live that long, but certain that he survives now because of the kindness of neighbors.


Posted by Jane Schneeloch at 3:37 PM