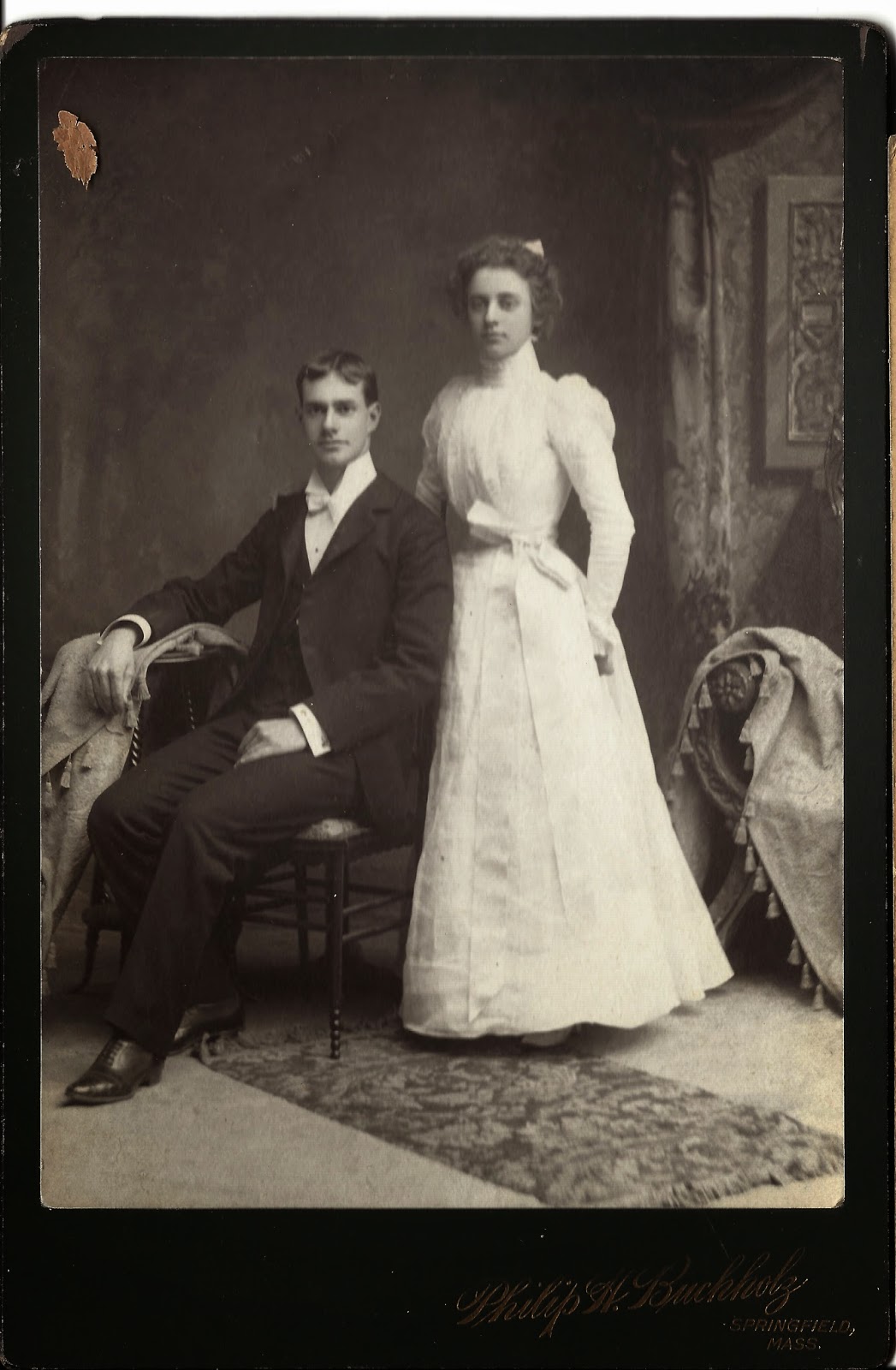 In my continuing effort to clean out the basement, I came across a box I have looked through before. In  it are papers from my paternal grandmother, Carrie Julia Rose Roberts Schneeloch. There are her two wedding certificates, deeds to their homes, and letters, lots and lots of letters. Evidently Carrie was a saver, and I am very grateful for that, although now I have to decide what to do with the treasures she has left.

Carrie was born in the Merrick section of West Springfield in 1881, the youngest of five children. She admitted to being spoiled by them, but she would have her share of heartache. On the first day of the new century, at nineteen years old, she married the handsome Joseph Roberts seen here. I can only imagine the joy they shared as they looked forward to a future together. Sadly Joseph died just four months later of a ruptured appendix. Not long after that she lost her beloved sister Charlotte "Lottie." 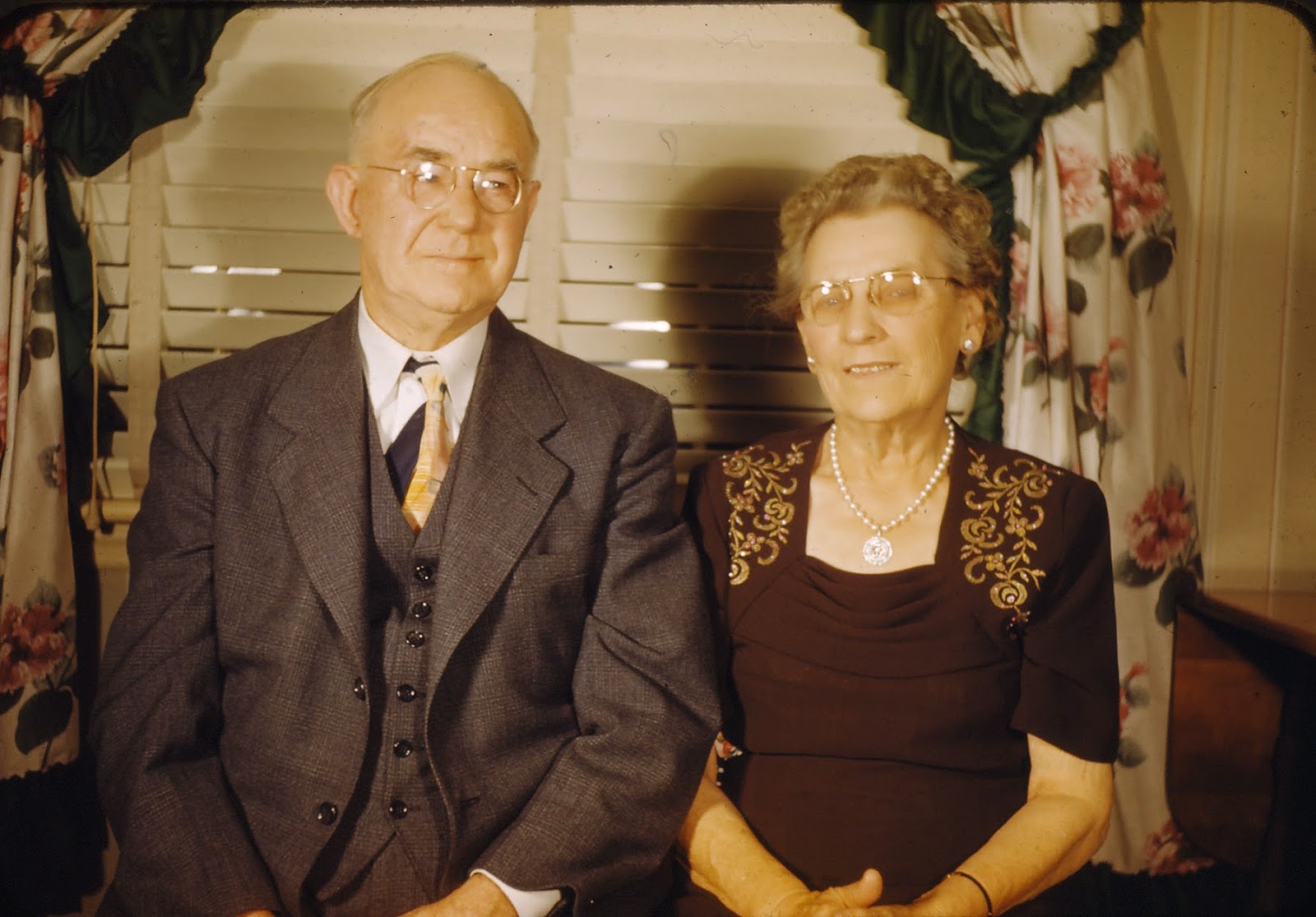 Of course, I remember them as "old." Here they are at our house on Thanksgiving of 1950, just a few months before my grandmother died. I am, to say the least, a bit unnerved when I realize that my grandmother was 69 here, the age I am now.

The letters (don't want to linger too long on that age thing) are interesting from a number of standpoints. First of all, they are in excellent condition for being over 110 years old, although some are hard to read, having been written in pencil. Many are in the original envelopes. Several of the many letters written to Carrie from her mother, Henrietta Spencer Rose, are addressed simply Mrs. George Schneeloch, c/o Kibbe Brothers, Springfield, Massachusetts. Kibbe Candy Company was where my grandfather worked.


Posted by Jane Schneeloch at 6:42 AM